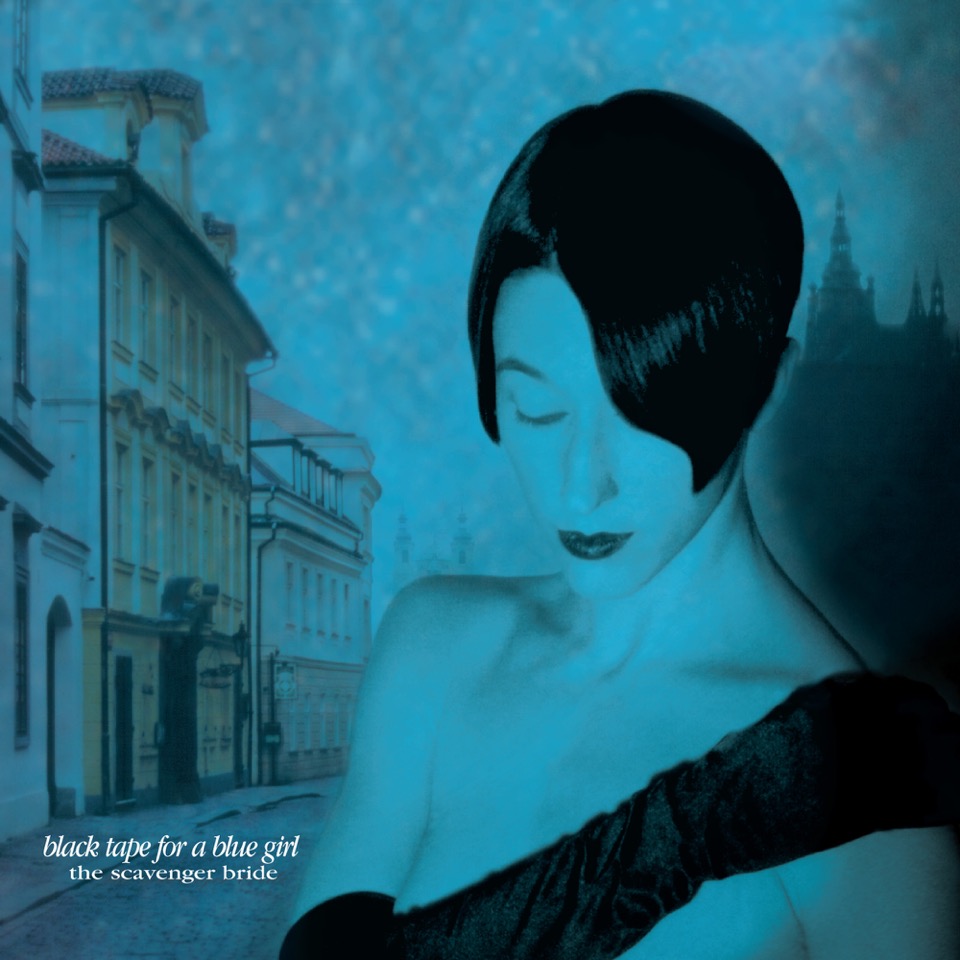 2022 marks two decades since the release of the magnificent album “The Scavenger Bride” and there is no better way to celebrate the anniversary than to release it for the first time on vinyl.

Among them, a few words could be found to describe three of the top songs not only of the album, but the entire course of Black Tape For A Blue Girl.

We are talking about the seductive “All My Lovers” let by the passion and power of vocalist Elysabeth Grant, the ten-minute “Like A Dog/ Letter To Brod” where the band experiments unabashedly, until the piano takes the baton and throws the curtain in an amazing way and finally Elysabeth’s “Bastille Day, 1961”, which is simply one of the most emotional songs ever composed in the field of Gothic/Ethereal/ Neoclassical.

We are so proud to announce the release of the legendary “The Scavenger Bride” album for the very first time on vinyl.

With a career spanning nearly four decades, Black Tape For A Blue Girl follows songwriter Sam Rosenthal’s exploration of brooding, organic electronics and heartfelt strings that mesh with deeply revealing lyrics and darkly textured, dramatic vocal performances. It’s striking to see his muse and inspiration flower on their eighth release, 2002’s classic The Scavenger Bride (Projekt Records). The metaphoric tale of a bride and her suitors inform the ethereal gothic stylings that make the band one of the originators of the American darkwave scene.

Live performance of the album’s single, “All My Lovers,” at 2003’s Wave Gotik Treffen: https://youtu.be/JsHlz9-FC5s

Alternative Press USA (July 2002). This Kafkaesque disc avoids concept-album pitfalls to emerge as a true work of art. | 9 out of 10 | Listening to The Scavenger Bride is like sitting in a cathedral of mindful gloom, feeling at once melancholy and reassured. Rosenthal continues to be inspired by the art of Marcel Duchamp, while author Franz Kafka serves as muse for this concept album set in 1913 Prague. The title track is a cinematic overture, a portent of the artful blending of goth, ambient and chamber music to follow. Rich, timeless vocals by Elysabeth Grant, Bret Helm (Audra) and Athan Maroulis (Spahn Ranch, NOIR) breathe dark life into the passionate lyrics, but it’s the instrumental passages that burrow deep with the greatest poignancy. Comparisons with Dead Can Dance have become tiresome and inaccurate, for what Rosenthal is doing here is more original and singular in its ability to touch the listener both emotionally and intellectually.

Indie For Bunnies Italy (April 2022). Rosenthal’s humble Black Tape For A Blue Girl is one of the cult groups of the American darkwave scene, born from the intersection of early gothic, the ethereal dream-pop of the Cocteau Twins and the classical aesthetics of chamber music. Active since the mid-1980s and authors of over 14 albums, they can boast of being, together with Dead Can Dance, the pioneers of an ancestral and ritualistic undercurrent that still counts legions of fans and followers. Rosenthal’s gothic romanticism, full of symphonic accents and neoclassical, reaches a formal peak, an epitaph full of awareness and fragility, love and disintegration.

“Twenty years since I released The Scavenger Bride,” Sam reflects. “So much time has passed, so many things have changed. And yet the music exists just as strong and relevant today as those many years ago. This album contains one of our most popular tracks, ‘All my lovers’ as well as a range of lovely ethereal and neoclassical music. I can’t wait to hear Elysabeth, Bret, and Athan’s vocals on the vinyl format. That will be beautiful. The bride remains timeless and eternal, as she always was.”

Video for “Floats in the Updrafts”: